It is likely that Kingsdon has been continuously inhabited since the Iron Age as artifacts from that period have been found on the summit of the hill. The wide sweep of countryside views made Kingsdon Hill an important defensible position, but its rocky constitution means that little evidence has survived. Two Roman villas have been found in the wider parish. Kingsdon village is an illustration of the feudal manorial system, but from the mid 14th century until the start of the 19th-century owners more often regarded Kingsdon as an investment, or occasional place to visit, rather than their main residence. The day to day management of the estate was left to a steward or to the parson. In 1810 the estate was sold to Aaron Moody who set about modernising (and enclosing) the land. His son Charles Aaron Moody built the present Kingsdon Manor house, which is the large house on the tithe map above.

The Neal family purchased Kingsdon Manor in 1864 to accommodate their family of 6 sons and 4 daughters. However, by 1890 the heir was living in London and the Manor house was often left empty. The Rev. John Neal who inherited in 1901 revived the property, but after his death in 1916 the house was let and in 1952 it was sold to Bristol Corporation and converted into a school. The Neal Estate still hold land and property in the village, but live in Australia. The Manor House itself is presently being renovated and divided into houses, with additional homes being built in the grounds.

More information about the history of Kingsdon can be found in the documents below. 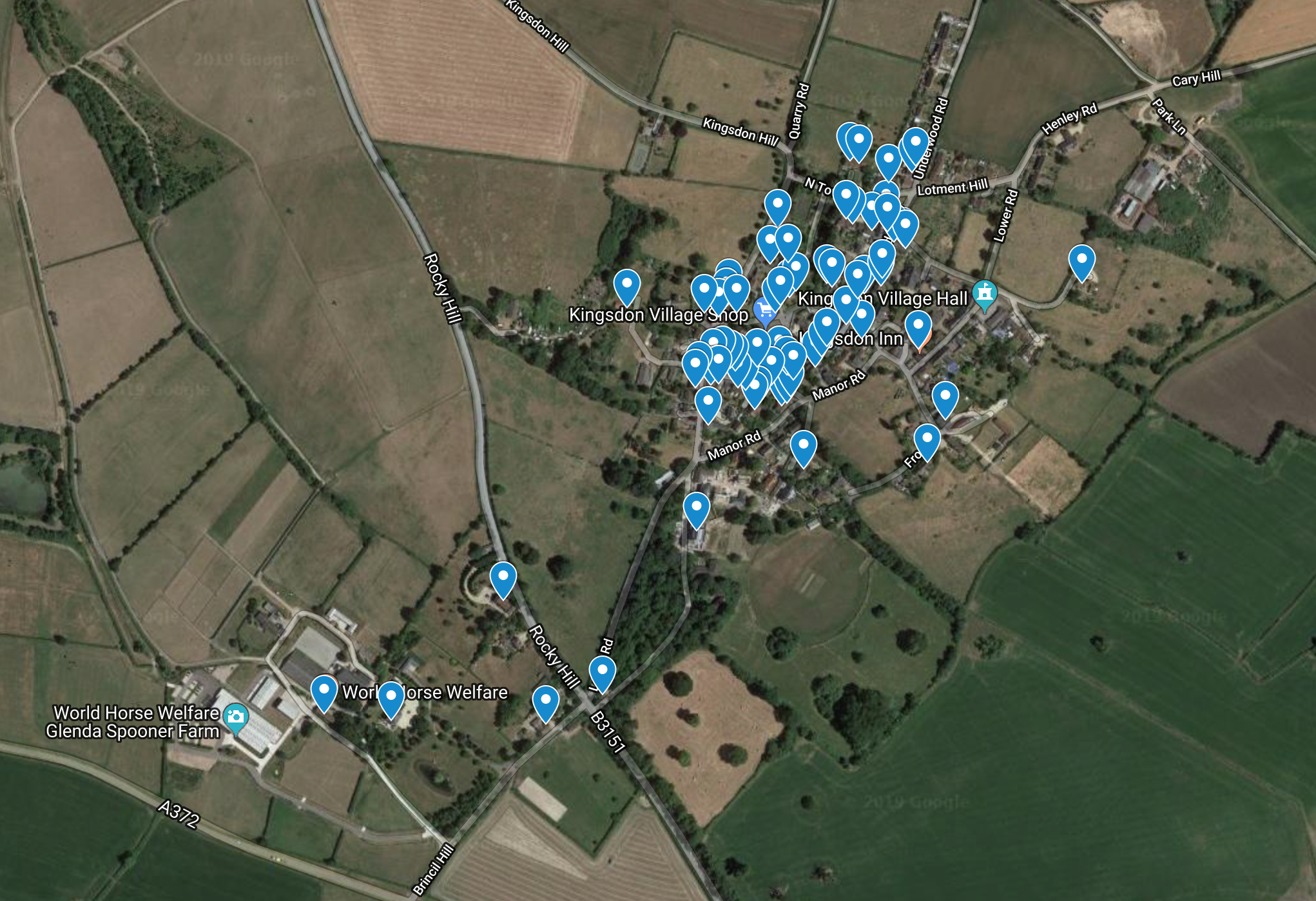 Click on the map above to open and explore..

This map allows you to access information from the 1911 census records of Kingsdon. Click on a pin to see who was recorded as living in each house..