All matches start at 2:00pm unless otherwise stated 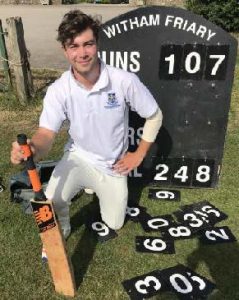 Andy Dale Kingsdon CC next to his impressive bowling statistics from the Kingsdon CC v Batcombe CC on the 8th July 2018.

A great evening of Mouse Racing

Helped raise value funds for the club – thanks to all who attended, helped and sponsored. 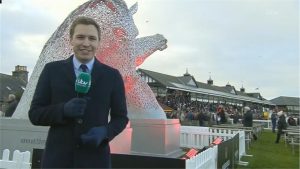 Oli Bell is a horse racing presenter for ITV.

Oli spent two years in Sydney where he fronted the International racing coverage on Sky Australia.

He started his media career in radio covering a variety of racing and sporting events and moved into television with Racing UK in 2006.

Oli fronts ITV’s ‘The Opening Show’ on ITV4 and the featured live show on ITV alongside Ed Chamberlin. 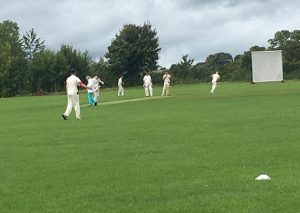 Kingsdon Cricket Club finished the season with a win in a Twenty20 match -v – Long Sutton on Sunday 10thSeptember.

Kingsdon batting first, despite an early set back, losing opening batsman, Sean Dromgoole off the second ball of the day, soon began piling on the runs.

Highlight of the Kingsdon innings was an unbeaten 52 from Ollie Phillips, hitting four sixes and four fours.

Kingsdon Cricket Club is sponsored by:

Sycamore Developments provide a turnkey service for the design and build of bespoke new properties.

The Kingsdon Inn – A beautiful thatched family run pub, set in charming Somerset countryside. Adam and Cinzia have created an inspiring place to dine and stay.